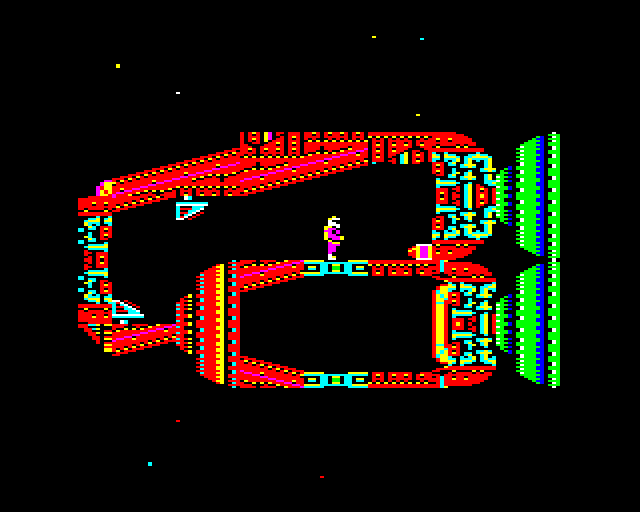 This is the classic space-based arcade adventure, one of the best games ever released for the BBC Micro:

Exile is a single-player action-adventure video game originally published for the BBC Micro and Acorn Electron in 1988 by Superior Software and later ported to the Commodore 64, Amiga, CD32 and Atari ST ... The game was designed and programmed by Peter Irvin (author of Starship Command) and Jeremy Smith (author of Thrust). It is often cited as one of the earliest examples of a Metroidvania style game and featured "realistic gravity, inertia and object mass years before players understood the concept of a physics engine... an astounding level of AI, stealth-based gameplay, a logical ecosystem governing the world's creatures and a teleportation mechanic that feels startlingly like a predecessor to Portal". [Wikipedia]

The original disc release would ask you if you wanted the enhanced version if it detected the appropriate hardware.