Dynamic Games For Your Electron [Part 2] 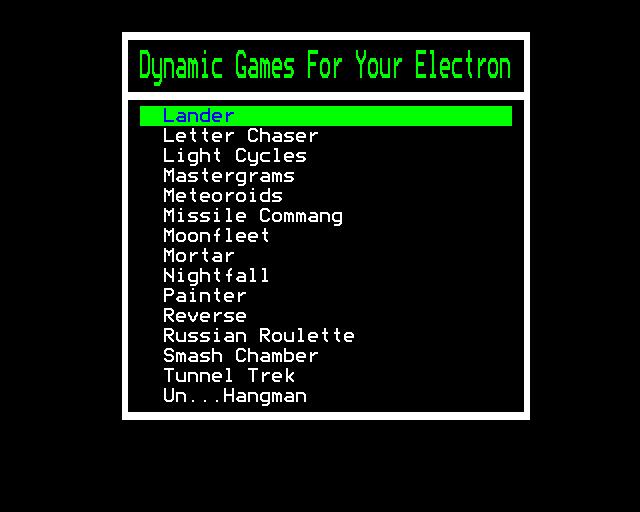 Some of the games in this book are identical, or almost identical to some found in the book 36 Challenging Games For The BBC Micro which was also published by Interface Publications.

It appears that not much testing was done on these games as the formatting of the text on some of them is quite bad.