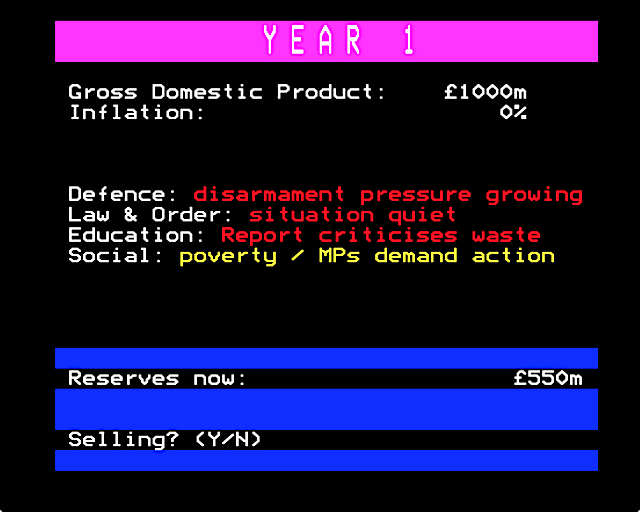 'YES, CHANCELLOR' (C) Tom Tuite 1985 is a game about the management of Government money – your money – and about power and politics in a democratic society. Facts and figures are displayed with humour in both graphic and numeric form, featuring inflation, strikes, public opinion polls, GNP, tax, borrowing, reserve funds, rising unemployment – even elections. Can you stay in power for fifteen years? You'll win a life peerage if you do!

Yes, Chancellor was originally released by Chalksoft in 1985. It was re-released later in the 1980s by Topologika (but possibly only for Amstrad computers).

A review of the game can be seen here.