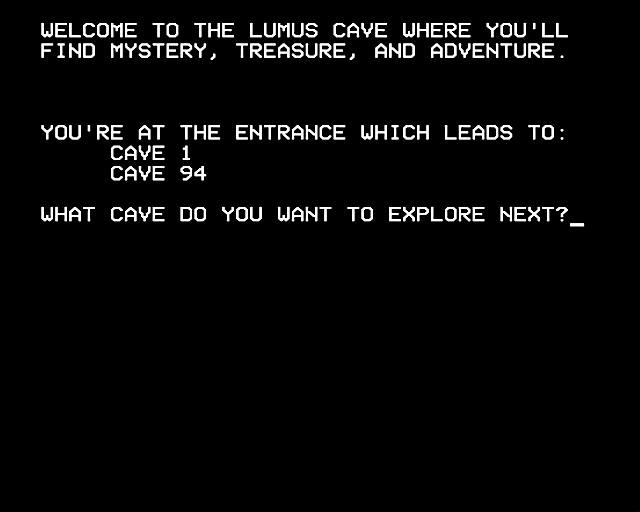 Treasure Hunt is a sort of expansion of Gregory Yob’s 1972 game Hunt The Wumpus.

Written by Lance Micklus for the TRS-80 microcomputer, Treasure Hunt was a commercial release and was first advertised via the TRS-80 Software Exchange in SoftSide magazine, starting with issue 1 in October 1978. (More information at Renga In Blue.)

Powell’s BBC Micro program had quite a few bugs, so the version of Treasure Hunt that’s available on this webpage is a port of the original TRS-80 listing. This latest port was created in 2021 by Lee Newsome. (Hopefully it’s bug-free!)