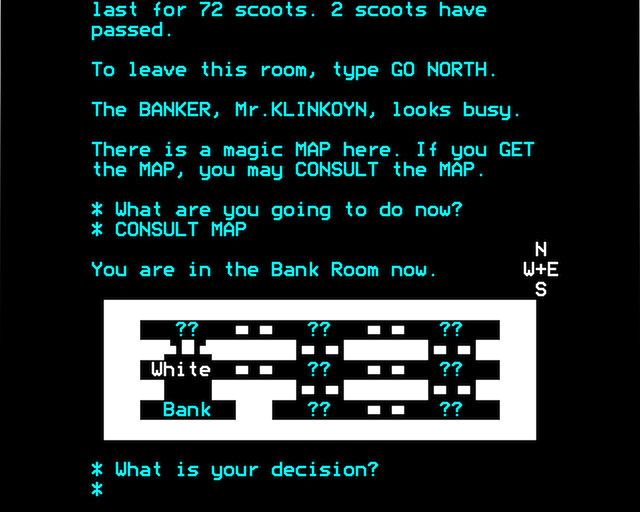 A child-friendly text adventure game written by Furman Smith. Originally published as a type-in listing in an article in the July-August issue of Recreational Computing magazine in 1980.

Smith later wrote, "To the best of my knowledge, the article contained the first published Computer Fantasy Simulation (CFS) written expressly for children. As with any CFS, obstacles and unfavorable situations had to be overcome. Unlike many, the creatures were all friendly and there was no violence; thus, planning, problem solving, and inventiveness were encouraged in a non-threatening atmosphere."

The game was written for the TRS-80 and for the "Heath" (whatever that is).

Ported to BBC BASIC for the BBC Micro computer in 2020.

More details at Stardot, at CASA, at Renga In Blue, at IFDB, and at the Internet Archive.