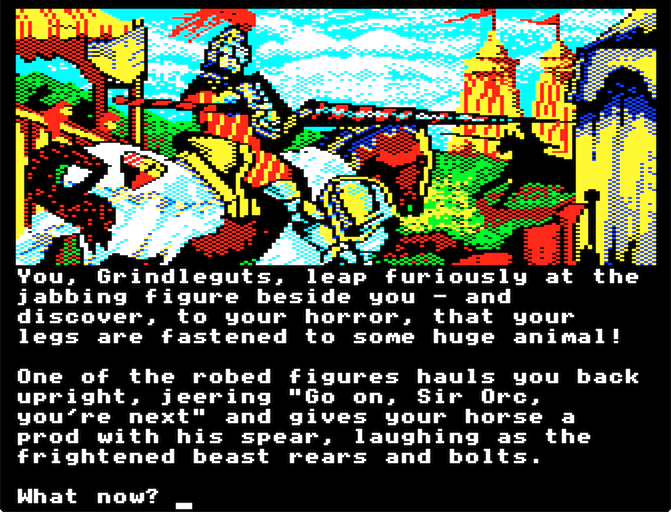 It is not clear whether Knight Orc was ever officially released for either the BBC Micro or the BBC Master. The version seen here was recovered from a "play test" disc discovered at the Centre for Computing History. See Stardot for more details.

The game will run in text-only mode on a BBC Micro with at least 16K of Sideways RAM, but the ideal platform for the game is a BBC Master, which will display the pictures.