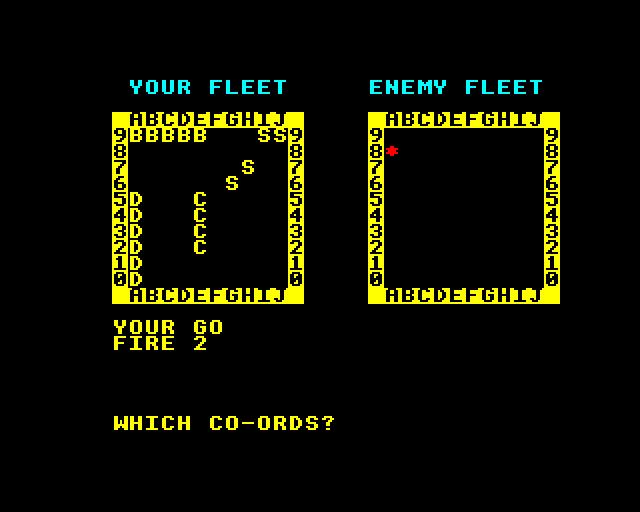 Published on the Best Of PCW Software For The BBC Micro compilation from Personal Computer World magazine. These compilation cassettes were published by Century Communications Ltd. The accompanying book states that the program was originally written by John Edyvane, and converted for the BBC Micro by James Byrne. The book also contains the following description:

A version of the classic game of Battleships, in which your fleet is engaged in action with that of the computer. The shelling is accompanied by appropriate explode/splash sound effects!

After positioning its own fleet, the program asks you to set yours. This is done by specifying grid positions on the screen display. After this, you get to fire three rounds, followed by three for the computer, another three for you, and so on, until one or other's fleet has been consigned to Davey Jones' Locker! The display is continually updated to show the current state of events. Co-ordinates must be entered in the form 'letternumber' with no spaces or commas.