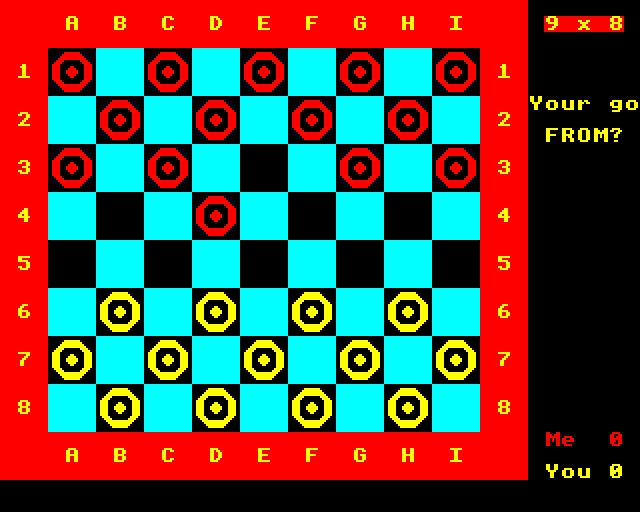 Published in the book The Giant Book Of Games For Your BBC Micro from Fontana Publishing.

This game, based on one written by Chris Callender, is
somewhat like Draughts, except that the board measures nine
squares by eight, rather than eight by eight. Captures are made
like pawn captures in Chess. That is, you move diagonally and
land on top of an opponent's piece in order to capture it.