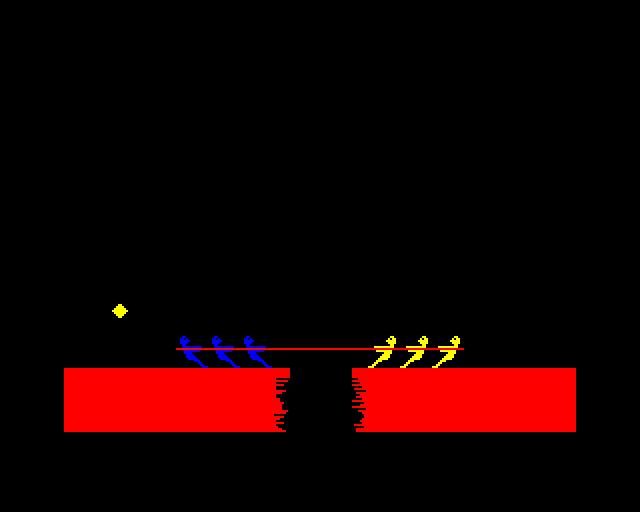 Published in the book Sixty Programs For The BBC Micro by Pan Books Ltd, in association with Personal Computer News.

stretched across the top, held by a team of three figures on either side. A

parachute from it, attempting to land on a target which appears lower

down the screen in a random position. Every time a parachutist hits the

target, the opposing team is pulled further towards the edge of the canyon

and if a man topples over the precipice, the team is weakened. The

the edge of the canyon.