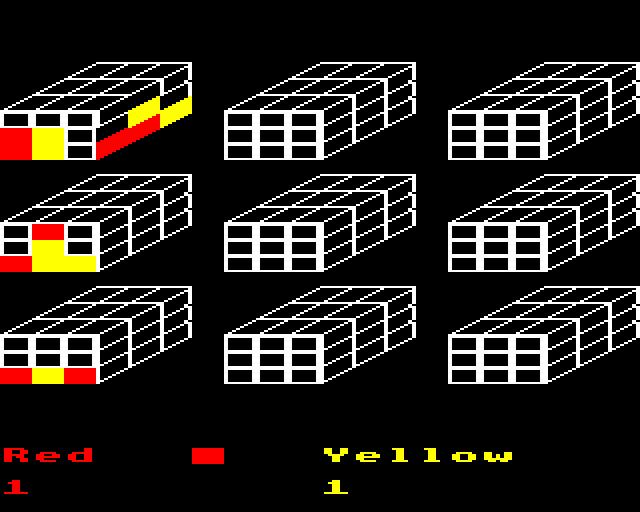 Published in the book Brainteasers For The BBC And Electron Computers, published by Phoenix Publishing Associates.

If you feel like some brainstorming, how about this three-dimensional
game for two players. It is like three-dimensional
noughts and crosses, except it has the
advantage that all faces can be seen at a glance.
Nine cubes are displayed on the screen and each face of
each cube is divided into nine squares. Your aim is to
colour in a row or column of squares in which you have
coloured in the same square. For example, in the screen
show above, the red player has coloured in a row of
squares on the top left hand cube. Also the yellow player
has coloured in all the top left-hand squares on the faces
on the front of the central cube, so he has both a row and
column of squares coloured in.