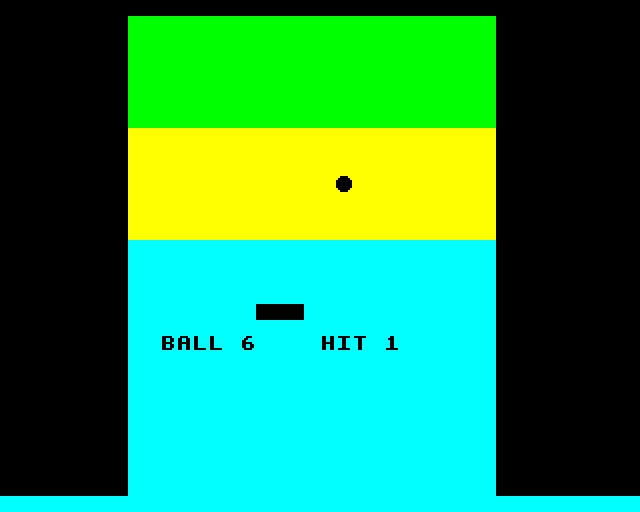 This is a colourful version of the popular computer squash game which is also enhanced by the addition of sound − a cheery beep every time the ball bounces either on the sides of the court or against the bat, and a dismal tone every time a ball goes out of play. Its other feature is that as you improve in skill the game gets more difficult and if you then start to get worse it gets easier. This means that your BBC Micro will always give you a challenge that is suited to your ability − which makes it the perfect partner.

At the start of the game the bat is at the bottom of the screen and in the centre. You control the left and right movement of the bat by pressing the appropriate arrow keys. Every time you make two hits in succession the position of the bat changes − it moves nearer to the top of the screen − which makes returning the ball more difficult. If you then miss a shot the ball will move back one position, making it easier. You score a point for every hit and you will be served a total of 10 balls. Information about the number of balls played and hits scored is displayed on the screen continuously.