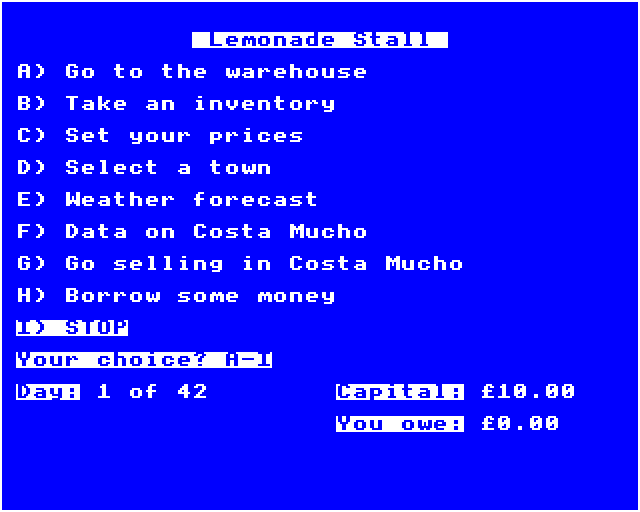 Lemonade Stand is a business simulation game created for "time-shared mainframe computers" in 1973 by Bob Jamison of the Minnesota Educational Computing Consortium (MECC). In 1979 the game was ported to the Apple II by Charlie Kellner. Apple included the game with their computers throughout the 1980s. Kellner's source code was released and the game has since been ported to modern computers as a free, open-source game.

The Electron and BBC Micro version was published in Electron User magazine, volume 4, issue 12, in September 1987.

The Apple II and the BBC Micro versions have not been compared, so it is not known whether Mark Smiddy ported the Apple II version, or simply wrote his own interpretation of the game.