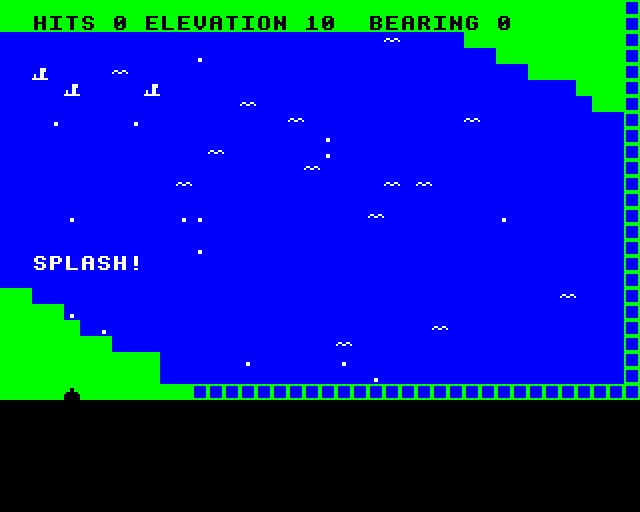 Originally authored by Jeff Aughton for the Commodore PET, and published in Personal Computer World in January 1981. The program was converted for the BBC Micro by James Byrne.

You are the commander of a large land-based gun which must be used to shell a convoy of submarines. The submarines are trying to find their way through some narrow straits and your task is to destroy them all before they escape your range. If you successfully destroy a fleet of subs, then you can go on to try your aim at larger convoys.

You aim your gun by controlling its elevation and bearing. The elevation of your gun affects how far the shells travel, and the bearing affects their direction. Instructions on which keys are used to effect this control appear on the screen when the program is first run.