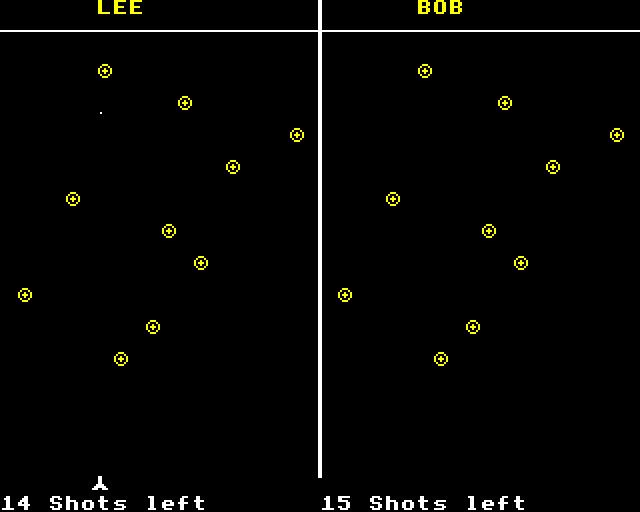 Originally authored by Gordon Mills for the TRS-80 and published in Personal Computer World in January 1981. The program was converted for the BBC Micro by Leon Goodfriend.

Published on the Best of PCW software for the BBC Micro compilation from Personal Computer World magazine.

This is a game for two players, in which the object is to obliterate 10 randomly placed targets with 15 missiles, the missile launcher moving across the bottom of the screen at variable speed.

After providing their names, the players have to select the speed at which their missile launcher is to move: this can be anything from a gentle plod to a definite whoo-oosh! Missiles are launched by pressing a key; their journey towards the target and, with luck and skill, the eventual explosion, are accompanied by some realistic sound effects. A count of how many missiles each player has left is shown throughout.