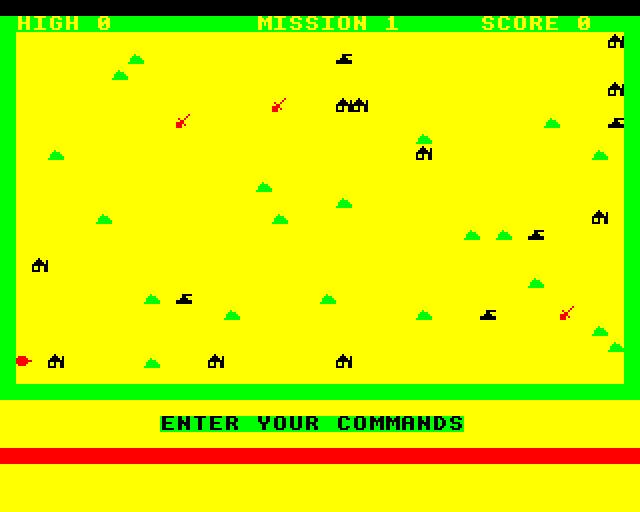 Robotank is an original strategy game for the BBC Micro, The idea is to drive your tank around a battlefield, strewn with a number of targets. You have to destroy as many of them as possible in five missions.

On starting the game the battlefield will be drawn, containing a number of targets including enemy tanks, huts and guns. Your Robotank will be placed at the bottom left of the screen.

The idea of the game is to program the tank with a series of Logo style commands in order to destroy as many targets as possible. The available commands are:

The maximum Robotank program is 40 commands, and once the tank has been started it cannot be stopped. If the tank crashes into any obstacles, the game will end; otherwise, you have five runs in which to destroy all the targets. The points value of the targets increases with each hit, so careful planning is required to achieve high scores.