The Six Keys Of Tarkus

(AKA The Seven Keys Of Tarkus) 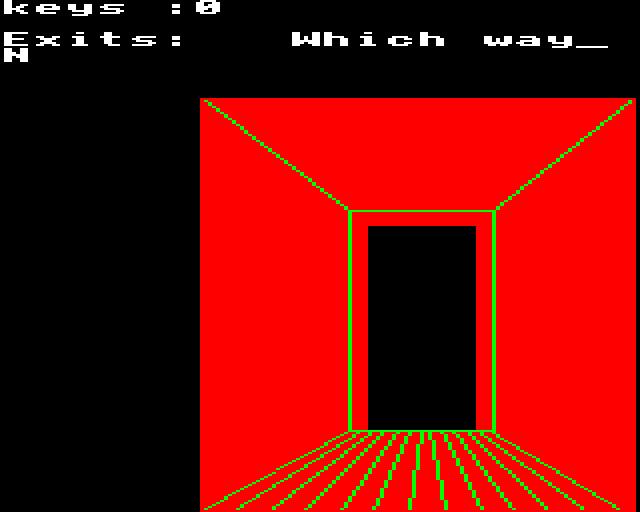 Published in the Virgin Computer Series book Adventures For Your BBC Micro by Alex Gollner, which contains the following description:

After many days of travel over the northern wastes, you have arrived at the mountains of Tarkus. Barren and windswept, these were once the home of a warrior race who perished long ago. The halls of Tarkus are your destination; there you must free an errant god’s soul.

Many years ago the people of Tarkus cast great and powerful spells over their kingdom to ward against the gods who wished to control their destiny. Once the Tarks had disappeared their land became the dungeon of the gods. Loki had angered Odin once too often — he had been taken to Tarkus by fighting men and locked inside a casket in the deepest room of the maze (the capital of Tarkus).

Thousands of years later the gods decree that Loki has served his sentence and they choose you to be his liberator. You must go into their underground city and roam the labyrinth of chambers searching for the six keys that open Loki’s box. Then you must find the hidden room and release Loki from his prison.

A hint before you enter the halls of Tarkus: map your progress or you will lose your way and wander around Tarkus for ever! Good luck!