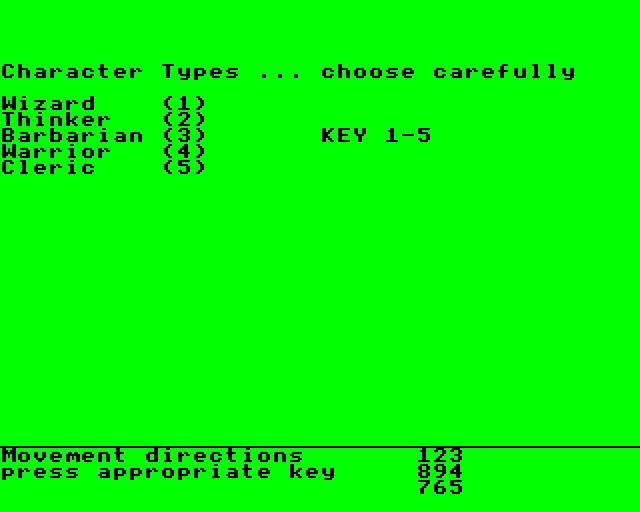 This is a BBC micro conversion of "The Valley", a game originally written for the Commodore PET computer by Henry Budgett, Peter Freebrey, Peter Green, and Ron Harris.

The PET listing was first published in the April 1982 issue of Computing Today magazine.

The commercial release by ASP Software for the BBC Micro was later in 1982.