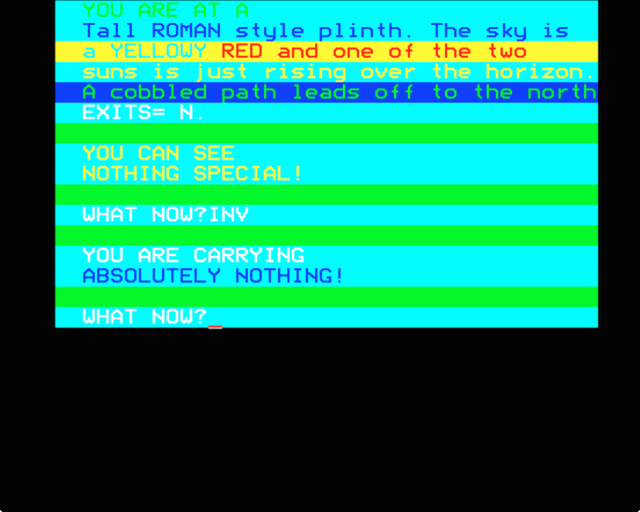 This game was not listed in the monthly A&B Computing magazine.

It was listed in "The A&B Collection" published in spring 1985.

It was later advertised for sale in the March 1986 issue of A&B Computing and was also sold on Adventure Crazy No.2, a collection of adventure games which comprised Death In Poglovia, Puss In Boots, Secret Agent, The Orb, Mysterious Yeti, and Diamond Adventure.

None of the games in this second Adventure Crazy collection were made using the Adventurescape system.