House – It's Quite Good, Really 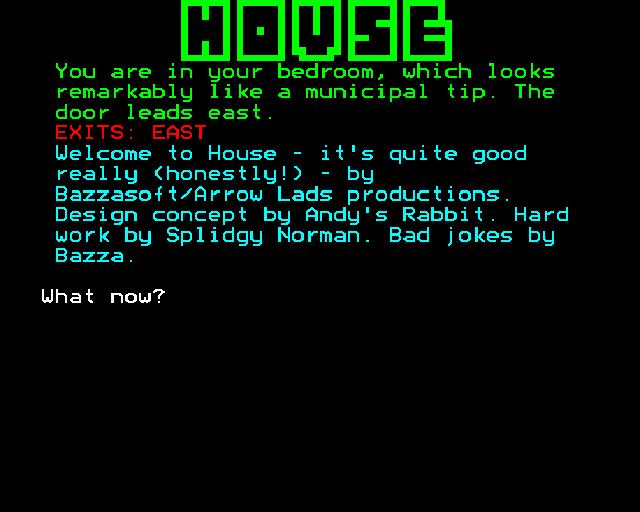 Written with BAPS (The Bazzasoft Adventure Programming System) which is also on TBI-189.

Included on the BAPS disc were All The Colours Of Darkness, House — It's Quite Good Really, Test Of The Turnip, Eridan Rescue, and the BAPS system itself.

Published on 8BS as part of the Jon Ripley Public Domain collection, on disc JJR-09, which, in fact contained 3 discs’ worth of adventure games. This adventure is on disc 3.

Also given away on the BBC subscribers’ disc in Acorn Computing magazine (formerly The Micro User), volume 12, issue 6, in August 1994.