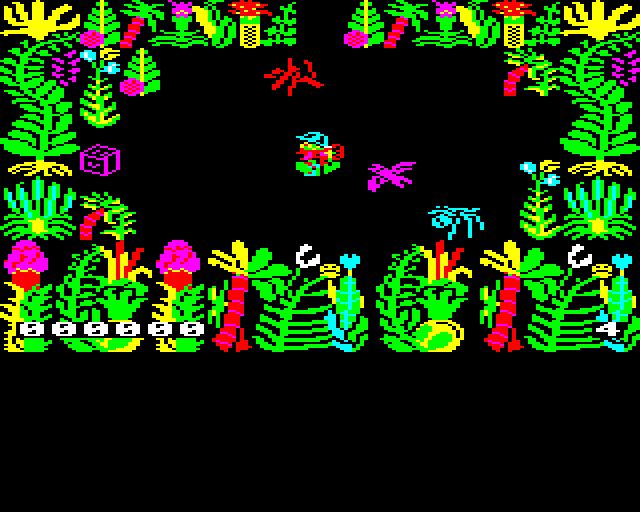 The classic arcade adventure from Ultimate Play The Game.

The player navigates the pith-helmeted Sabreman through a 2D jungle maze while collecting amulet pieces to bypass the guardian at its exit. The player does not receive explicit guidance on how to play and is left to decipher the game's objectives through trial and error … Each screen is filled with colourful flora, enemies that spawn at random, and occasional collectibles. [Wikipedia]

Originally written by Chris and Tim Stamper for the Sinclair Spectrum. Converted to the BBC Micro by Paul Proctor.