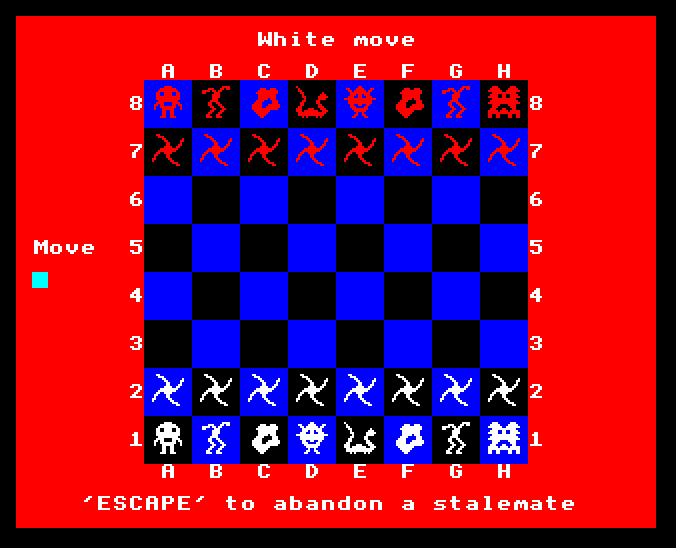 Another version of this game had already been published in Personal Software magazine, Spring 1983 edition.

This variation on Chess was invented in 1962 by Robert Abbott. It was originally called Baroque Chess, but was changed to Ultima at the suggestion of his publisher.

Some variations to the rules exist.