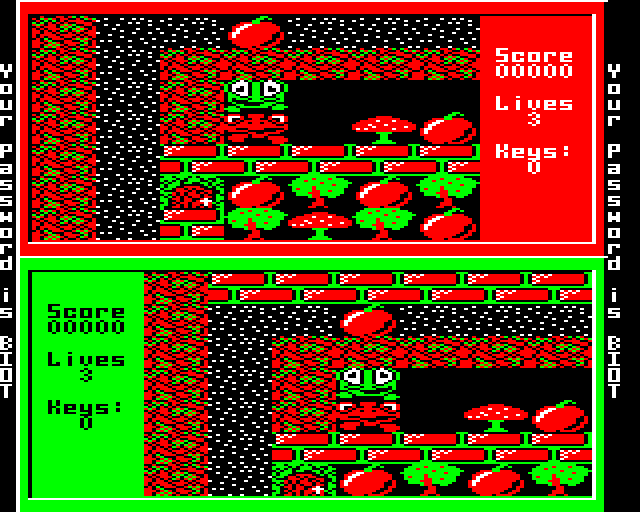 This game did not get a stand-alone release. It was only released on the Play It Again Sam 19 compilation.

Play It Again Sam 19 was not a Superior Software release. A company called ProAction licenced use of the name from Superior.

It is thought that this was their only release, although they did advertise other titles which do not appear to have been released.

If you wish to see the passwords for this game, then press 'P' on the last page of the instructions before loading the game.