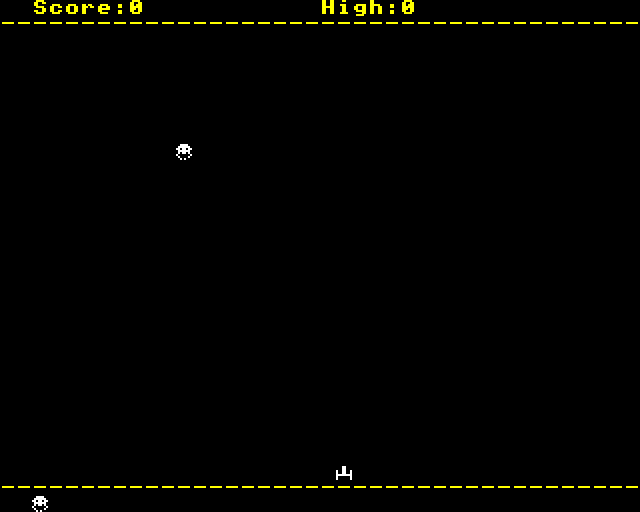 Originally authored for the Sinclair Spectrum by Alan Green, then converted for the BBC Micro by Daniel Lucas. The original Spectrum listing was published in Personal Computer World in June 1983, and also in issue 1 (Summer 1983) of Personal Computer Games magazine, also from VNU publishing.

This is a simple but addictive game that uses sound and colour to good effect.

Menacing Aliens are trying to colonise the earth and to save us all you must shoot them down before they land. Inexorably, the nearer they get the higher they score, and you have got to act very fast – only five have to land to take over the planet!