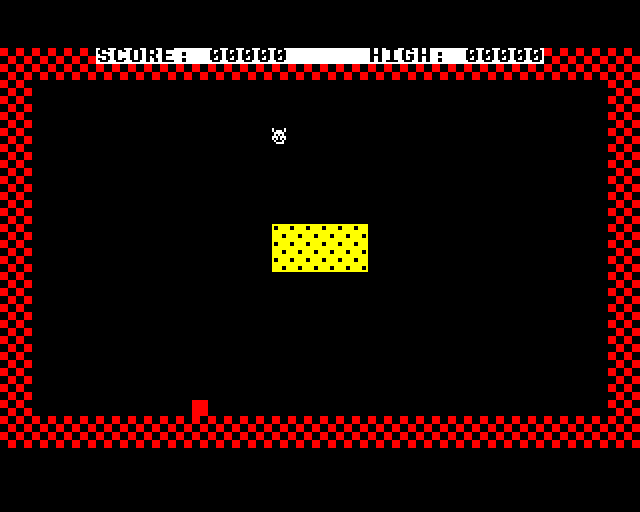 Originally authored by Paul Bradshaw for the Commodore PET, and published in Personal Computer World in February 1982.

The program was converted for the BBC Micro by James Byrne and published on the Best Of PCW Software For The BBC Micro compilation from Personal Computer World magazine. These compilation cassettes were published by Century Communications Ltd. The accompanying book contained the following description:

This is a nice simple game in which you play the role of a sly cat. Your task is to prevent mice from eating a hunk of cheese. Instructions for moving, and for trapping mice, will appear on the screen when the program is run.

You score points for eating the mice as quickly as possible when they appear. If you don't kill them they will eventually run into the cheese and take a huge bite out of it. When all the cheese is gone the game is over. Happy mouse-hunting!