(AKA Dog Fight) (AKA Super Combat) 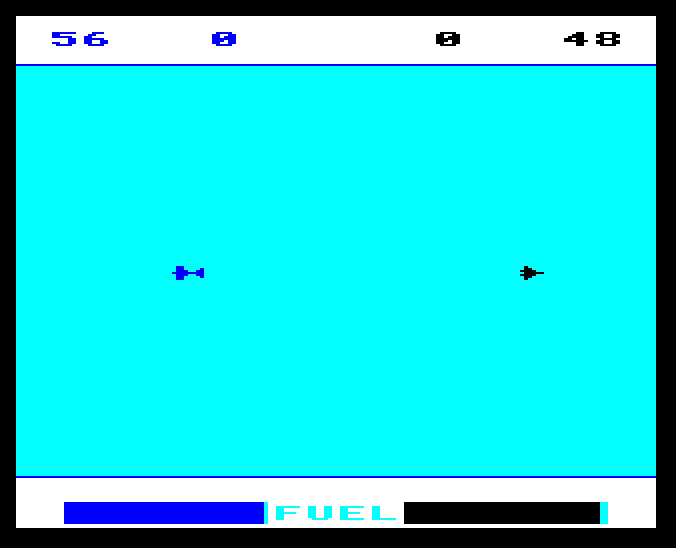 Published in the February 1984 issue of Personal Computer World magazine (PCW). The article called the game "Dogfight", but the REMS at the beginning of the listing called the game "Super Combat".

Dogfight is an excellent 'shoot 'em up' type of game, but it is somewhat unusual because it involves two players playing against each other.

The game is an air battle between two planes - a dogfight, in fact. The aim is to score 10 hits against your opponent before you run out of fuel. Each player has a choice of either a jet or a biplane; the jet is faster but has a larger turning circle and consumes more fuel.

Having selected their planes the players must choose the amount ammunition they wish to take with them on their sortie; this should be a value between 10 and 99. You will also be asked if you wish to fly in a clear sky or one with clouds. Novice pilots may need the security of clouds because the opposing flyer cannot shoot down while you are hidden from view. The controls are: