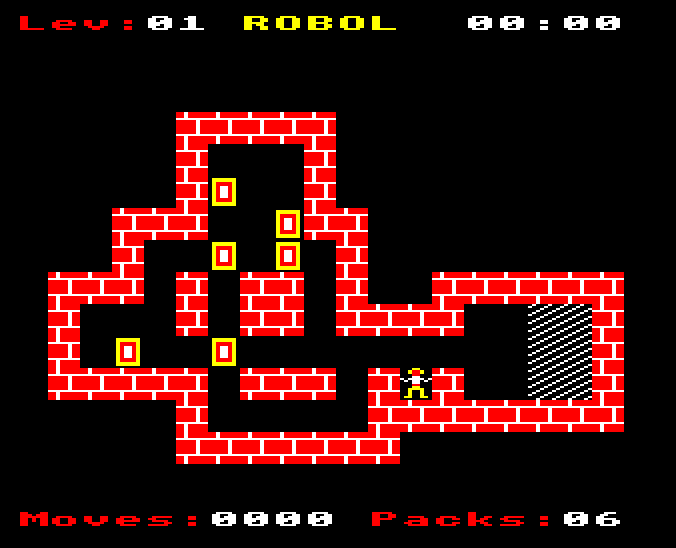 Published in Beebug Magazine volume 11 issue 10 in April 1993.
A more extensive, 50 screen version was published on the following month's subscribers disc. Volume 12 issue 1 in May 1993.

Later, an updated version which allowed you to retract your moves instead of having to start again was published on the subscribers disc Volume 12 issue 7 in December 1993.

This is the December 1993 version.