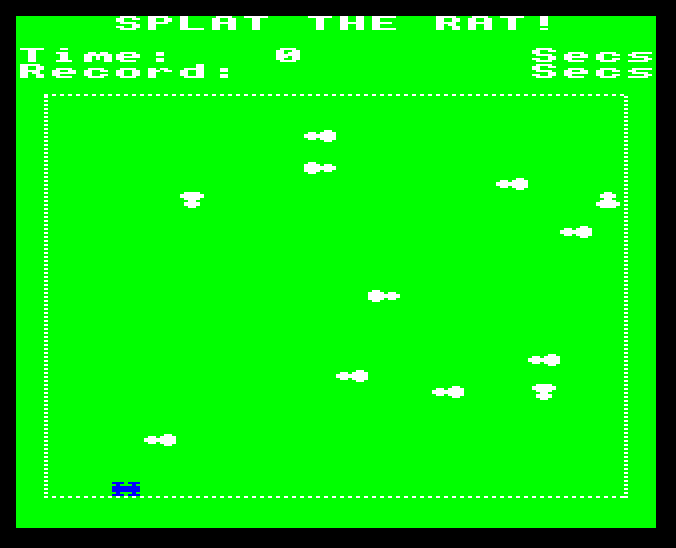 Sold by Beebugsoft as part of "Games 3". The games were Mindbender, Shape Match, and Splat The Rat!

First advertised in volume 1, issue 4 of Beebug magazine, although it may have been advertised on a seperate leaflet slightly earlier.

There is evidence that later copies of Games 3 just included Mindbender and Shape Match, but not Splat The Rat! (This is probably because the game needed alterations to work on the new OS 1.20.)