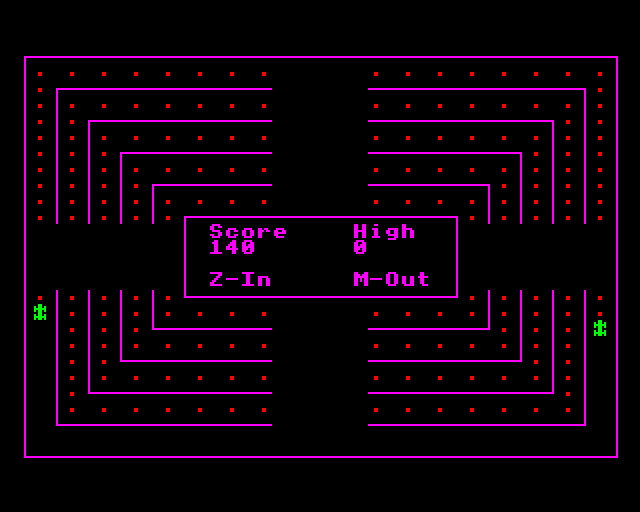 Originally authored by D. Denholm for the Sharp MZ-80K computer, and published in Personal Computer World in March 1982.

The PCW book accompanying the Best of PCW Software For The BBC Micro cassette contained the following description:

This challenging game is based on a car race. You pilot a car round a five-lane track, trying to hit as many dots as possible. However, to hinder you a mad driver is travelling in the opposite direction trying to crash his car into yours!

Try and cover as many dots as you can before he hits you. Controls are by two keys: Z to move in a lane, and M to move out a lane, and you are in the car travelling anti-clockwise.

If you manage to eradicate all the dots successfully a new track will appear.